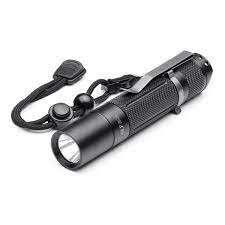 BLF A6 XPL 1600Lumens 7/4modes 18650 EDC LED Flashlight
-3D 5000K
-1A 6500K
– First BLF light with our own custom driver.
– First BLF light with our own custom firmware.
– First special-edition with a direct-drive FET, so it has the
brightest turbo mode you can get.
– First special-edition with a regulated lower-power second channel
for stable and efficient low modes.
– True moon mode.
– Up to 1600 lumens from a single emitter in a small tube light (with
the right battery, and a spring bypass mod). Closer to 1400 lumens
with no mods and lower-amp batteries.
– User-toggle-able mode memory.
– User-toggle-able mode groups.
– Well-spaced visually-linear output modes.
– Includes some hidden modes for those who want them.
– Battery check mode!
– First clicky-switch stock light with both forward and backward mode
navigation in a single tap (short/medium press).
– With mode memory off, the user can access 4 different modes
(including the highest and lowest) within 1 second.
– Fast PWM so the pulsing won’t be visible.
– The firmware and the driver designs are available for anyone who
wants to modify them.

There are no reviews yet.